skip to main | skip to sidebar

One of the ideas for a set of pieces that has been haunting me recently has been to create a massive set to depict elements of urban life....or urban history.
I've been on the cusp of finishing a piano suite entitled "Music for a Suburban Scene" for almost 5 years. I hold it off and I hold it off longer in hopes that I will develop more as a musician. That I will gain an individual voice that will be original and interesting. I know that all i need is an hour a day for a few months to get me to where I want to be with these pieces.... unfortunately I moved to the east coast and no longer have Sibelius available.
But the piece I now really want to write, what I crave to do, is create something on-going. Something that never is finished. A set of compositions which literally will be worked over years and years for the rest of my life.
la Cité Radieuse is one concept for a title. This is a title of a radical work of architecture by Le Corbusier, but it is also a concept which he extended to urban planning for a modern city. a "radiant city" is one full of exuberance, energy and diversity. I think that is what I want to try and capture musically. Some pieces for piano, maybe some for ensembles, some for other solo instruments.... All to capture images of what could be scenes in a "radiant city". Thats what I'm obsessed with at the moment.
That and Abbie Hoffman, who seems like someone I would have liked to have known. A character who would be at home in the diverse, exuberant "radiant city" of my imagination.
Posted by M. Keiser at 6:21 PM 5 comments: 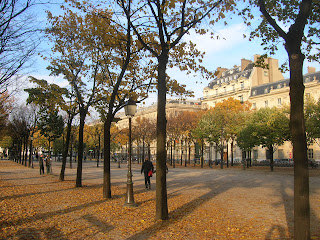 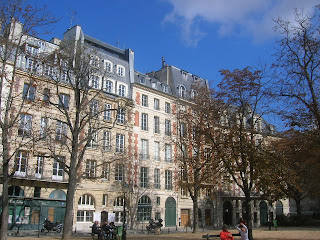 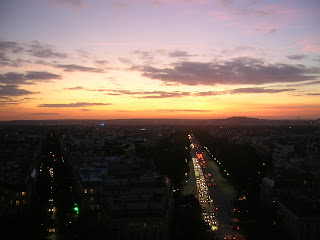 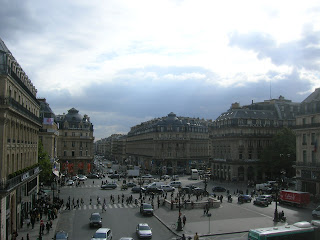 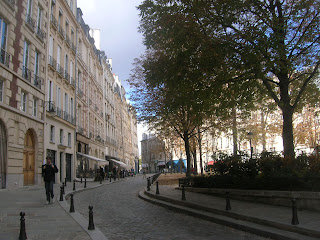 So this blog has sunk back again. Listened to some short story on NPR about a man who was recording his whole life, every day... and had been doing it for well over a decade. Seems utterly ridiculous, but i realized that this blog is itself a snapshot of my thinking about music over the last 4 years. When I read my old posts, i remember my state of mind, i remember where i was and what i was listening to. Its great to leave these crumbs behind. I dont know if anyone else will ever follow them, but I enjoy revisiting my thoughts from time to time.

Im going back to France in two weeks for a trip. Visiting and vacationing family and friends is the central reason... but it'll also be wonderful to be back in la france, i can get back to speaking french regularly. Then Turkey! thats by far the most exciting thing this year... visiting turkey and seeing the ruins there. I really look forward to it!

Ive found i havent been listening to much of the music in my collection... Its OK by me, ive heard all of it pretty well through now. Im greedy, and I'm begging to know where i can find the next interesting thing.

Anyone heard anything interesting recently?
Posted by M. Keiser at 9:45 PM No comments:

Ive having a wonderfully self-indulgent, sunny, warm summer. Basking in the post-graduation glow, I am being incredibly lazy.
On lala I've had the chance to listen to the lush electronics of the Helio sequence. Particularly their first and second albums.`This surreal track, filled with floating, spiraling processed sounds appeales to my taste for heavlily layered musical anarchy. Animal collective holds the same attracton.
But compared to the earler tracks of Animal collectve, the vocals here are more conventional, fitting in with typical indy-rock Sprechgesang melodic patterns .
Posted by M. Keiser at 11:46 AM No comments:

Now that school, and its associated thesis is firmly out of the picture, I'm going to try and concentrate on music again. My goal is to write out the entire Music for a Suburban Scene out by the end of the year. Its high time I get the damn thing finished in some form (even if means later re-writes). I've also decided I want to undertake an even more personal project, the creation of pieces for all my close friends and family.

Right now I have written out one of these kinds of things. A short, simple piece called For February 18th (my friend's birthday) and I Have every intention of writing a For December 18th, For July 2nd, For September 26th, and so on. Its a little more personal than a card. I always liked doing art projects for friends. Gives me a purpose to make something. I mean, if its just for me, whats the point?
Posted by M. Keiser at 9:06 AM No comments:

Me messing around (Improv )

So i have this etude idea i came up with the other day, and a friend of mine recorded it for me on cam. Sorry for the squeeky chair. Its an improv that kinda sputters out. The first part is supposed to be a little flashy.

Listen to Dugu Kamelemba by Oumou Sangare for free.

M. Keiser
Im a college student who probably thinks too much of his own ideas, yet still wants to express them. I don't take this too seriously, but i enjoy it all the same.